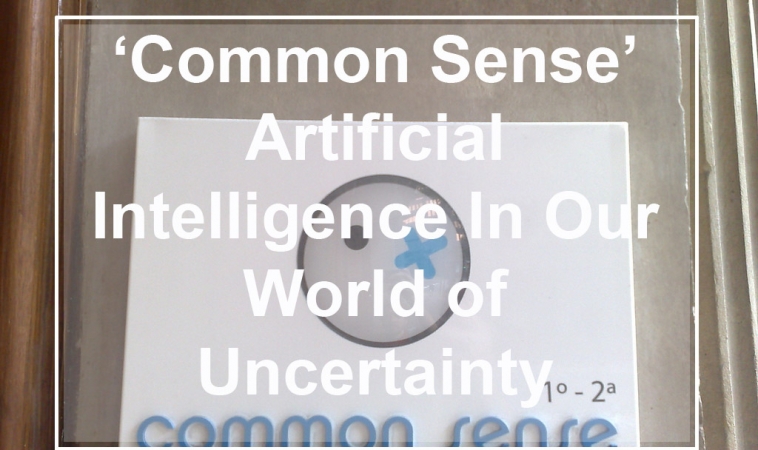 ‘Common Sense’ Artificial Intelligence In Our World of Uncertainty

The possibilities for Artificial Intelligence in our world today are endless. There are numerous tasks that can be simplified, and everyday processes that can be executed faster with the creation of computers that have the ability to think like humans do. This technology could only have been dreamt of ages ago, as the closest thing we could have envisaged for artificial intelligence were the physical robots that popped up every now and then on television shows. These robots, (mostly hardware) would emulate human actions but were always controlled by a human in the background.

Fast forward a couple of decades, and now we have computer systems like Siri and Cortana, that have the ability to process data or ‘think’ like humans do. These developments are not the only ones that we have witnessed. As technology has improved over the years, we are becoming exposed to more concepts of Artificial Intelligence than we would have ever imagined. This creates the possibility of a very exciting world that is filled with opportunities, simply because of this human innovation.

So why then is it very necessary for computers to be able to exhibit this traits of common sense? In this article, we would be taking a look at the relevance of a common sense Artificial Intelligence system and the need for robots to be able to function at this capacity in our world of uncertainty.

Why do we need a common sense AI?

The only true distinction between a machine and a human is our ability to process information independently and come to conclusions on our own. While this may still be a far cry for machines to be able to act without any form of actionable intelligence already put in place, the ability of the computer to process common sense thoughts is what has the capacity to transform our world. Recent advancements in technology has seen an increase in the level of perception in computers and the actions taken. The phrase ‘computer vision’ has gained a lot more popularity in recent times because this revolves around the ability of the computer to see and process information the way a human with common sense would. Since computers are merely dealing with vast sources of information, there is therefore the need for the computers to be able to differentiate between the information that is useful and those that are not applicable to a situation. For example, when an artificial intelligence system is instructed to make a call, it needs that aspect of common sense to be able to discern between the useful information and the ones that are not relevant to the situation in any way.

Factors like machine learning and probabilistic AI have greatly changed the perception of people towards computer intelligence. All of these would however not have any use to the world we live in if we do not find the applicability in all of it.

What then are the challenges?

It all seems pretty simple. Getting computers to act and process information the way humans do, but this is a lot harder than it sounds. The largest challenges that face these artificial intelligence systems and innovation are the problems of manipulation and verification. For example, if we want a car or drone that has the ability to move independently in a human environment, it is not exactly an easy feat. This requires a vast amount of information and analytics that the computer would have to be processing per second in order to function. This is exactly like the human brain. For a human to drive a car on the freeway with other cars and obstacles in the way, while still thinking about other things like what the kids would eat for lunch, or how you have to give an ultimate business pitch, we would be processing a large amount of information. This is one reason why neuroscientists often marvel about the abilities of the human brain. If artificial intelligence is going to be applicable in a constantly evolving world like ours, it will therefore have to emulate these human-like attributes that we possess.

If Artificial Intelligence is deemed to be such an enticing prospect as it is, there is the need for these computers to have the common sense attributes as humans do. It is this ‘common sense’ that give humans the ability to survive in a constantly evolving world. 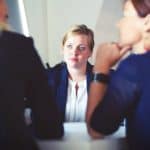 6 Qualities To Look For When Hiring Tech Talent 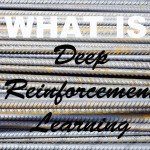 What is deep reinforcement learning?