It’s hard to believe that the year 2017 will be coming to an end in just a month. Since the beginning of this year, the mobile app industry has seen significant transformations, especially in design. As the industry continues to evolve at an incredible rate, all app designers are keeping an eye the latest design trends.

However, if you don’t keep with the design trends, there are high chances that your mobile app may look outdated quickly. Here is our list of mobile app design trends for the year 2018.

The year 2017 has been exciting for the smartphone industry as manufacturers have been releasing only interesting mobile phones. For example, take a look at Samsung Galaxy  S8, Apple iPhone X, OnePlus 5T, and LG G6. All these smartphones use 18:9 aspect ratio, except Samsung Galaxy S8 which uses 18.5:9. All manufacturers are now releasing smartphones with this aspect ratio as they are a hit among consumers.

Extra focus on typography and color

For the year 2018, app developers are going to place extra focus on typography and color. As it is important for the content of apps to look presentable and pleasant in the eyes of the users, this is going to be an important mobile app design trend.

On top of that, smartphone users scroll through content faster than those on the desktop. As scrolling with the thumb is faster than doing the same with the mouse, users tend to skip out on going through a lot of content. App developers are placing importance on typography and color so that content will be clear and eye-catchy at all times.

Even though there are millions of apps available on Google Play Store and Apple App Store, development isn’t going to slow down in 2018. Due to the continual release of mobile apps on a daily basis, it is vital that the one you design stands out from the rest of the crowd. Most app developers have begun using interactive animations to make the app look and feel premium. When you use interactive animations, the transitions look extra smooth.  For example, in some apps, when you tap on the icons, they have small subtle animations, which makes the user experience enriching.

One of the biggest trends you are going to see in the year 2018, is going to be lazy loading. When images take too long to load, users won’t waste their time to see the entire content. Instead, they will move on to some other page or use another app that loads the images faster. To reduce the bounce rate and improve the conversion rate, app developers are implementing lazy loading. It is a type of technology that lets the images to load only when the user reaches that part of the page. By following this method, the page won’t slow down if there are too many images to load.

Material design in, flat design out

App developers will be switching from flat design to material design as the latter looks great on smartphones. On top of that, material design looks more realistic to users than flat design. When you use the elements of material design such as translucent images and shadows, you can retain the attention of users without any problems. At the same time, you can also add transition and animation effects and depth in material design. In other words, material design is aesthetically pleasing to the eyes of the user, unlike flat design. It is important that you incorporate this design style into your mobile app to stay relevant in 2018.

While hamburger menu made the app design more minimalistic, it is no longer an acceptable design element as it has a negative impact on user experience. When you use hamburger menu, there are lower chances that users won’t discover everything you have to offer. Even though a lot of apps use hamburger menus at the moment, developers are going to use alternatives that don’t affect discoverability. For example, popular music streaming app, Spotify was one of the first mobile apps to get rid of the hamburger menu. They noticed that the number of navigation menu clicks increased by 30% after removing the hamburger menu. Similarly, Facebook which used to use the hamburger menu, switched to tabs as it is more efficient and practical.

These are the app design trends you will notice for the year 2018. If you are looking to develop mobile apps that follow the latest mobile design trends, why don’t you contact Robust Tech House? Our developers and designers develop apps that stay up-to-date with the latest trends! 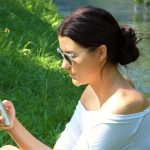 Increase Engagement for Your Mobile App with These Tips 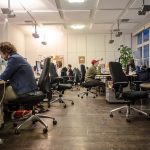 If You are a Startup Building a Mobile App, Avoid These Mistakes at All Costs