By admin
Posted May 7, 2018
In Mobile App Development

Even though the tech world is moving towards mobile-first, there are a lot of misconceptions about app development, confusing a large number of businesses. As one of the hottest trends at the moment is creating mobile apps, several businesses are choosing to invest their resources in applications. However, they come across the following technologies – native, hybrid, and web apps. How do you know which one is best for your company? To help you decide, here is a complete guide to native, hybrid, and web apps:

Web apps are those applications you can access through your browser with the help of the Internet. In other words, it is quite similar to websites, but when you interact with them, it feels like you are using a mobile app. To build a web app, you will need to know languages such as CSS, HTML5, and Javascript. Although there isn’t any Software Development  Kit (SDK), you can use frameworks and templates such as Vue.js, React, and Angular to get started quickly.

Given below are some of the disadvantages of web/progressive web apps:

When you think about mobile applications, you usually think about native apps. These are the types of apps that you can get from the Google Play Store or Apple App Store. The difference between web and native apps is that the latter works on devices running a specific mobile OS. To code apps that are native to iOS, developers use Objective-C or Swift. For Android, they have to use Java. Google and Apple give developers access to SDKs, allowing them to create apps at a much faster rate.

Although native apps have a lot of pros, there are also some cons that come with them:

When you combine web and native apps, you get hybrid applications. They are quite similar to native apps as you can download them from the App Store or Play Store. The best thing about hybrid apps is that they run on multiple platforms. You can code hybrid apps in CSS, HTML, and Javascript.

The reason why most businesses go for hybrid apps is that it allows them to test out their ideas. When you need to build a usable app quickly to find out whether it will fare well with your target audience, you can’t rely on web applications as they lack the necessary features. The best thing to do is build a hybrid app as it offers the best of both worlds.

Some of the advantages of hybrid apps are as follows:

They have the following disadvantages:

The type of mobile app you choose to develop depends on your requirements. Are you looking to develop a mobile app for your business but you don’t have the patience to do it yourself? If yes, then contact Robust Tech House today as our developers and designers have immense amounts of experience to satisfy all your requirements!

Brought to you by RobustTechHouse. 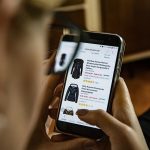 Create the Best E-Commerce App with these Tips 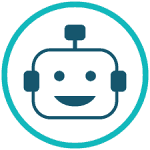 Chatbots – The Future Of Customer Service