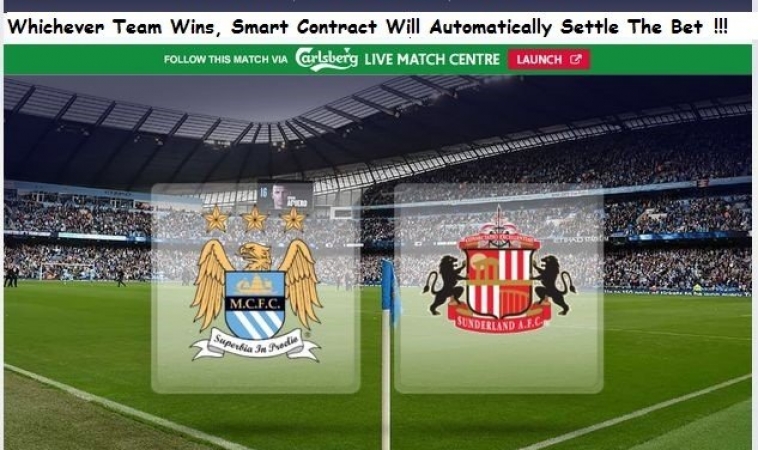 By admin
Posted May 14, 2020
In BlockChain Development

– Smart contract is a real life application of blockchain. It can solve settlement risk whether it is in simple soccer betting or complicated OTC derivatives.

– It can also be applied to property purchases which is costly and time consuming our current conveyancing system which is designed to prevent double spending.

– Notable smart contract companies would include Texas based Factom, San Francisco based Mirror and Austin based Epigraph.

– Of all forms of blockchain, smart contract is likely to be the first application to change our lives from high finance to causal music.

Computer scientist Nick Szabo conceptualized the idea of smart contract in 1997 but it was not possible to put into practice until blockchain came along with Satoshi Nakamoto’s creation of Bitcoin in 2009.

As we have mentioned in the earlier article, blockchain technology is immutable. They cannot be altered once they are created. This will make it difficult for fraud to occur which builds high level of trust.

Suppose you win the bet and demand payment from your friend. Your friend give you an excuse for non payment and days later the bet is forgotten. You forgo your winnings and your friend saved himself a tidy sum.

However if both of you set up a smart contract for this bet, the blockchain technology will check with the Barclays Premier League for the official results of the match. If Manchester City wins, $500 will automatically moved from your friend’s bank account to your bank account. The reverse will occur if Sunderland wins. The smart contract will settle the bet immediately and there is nothing that either party can do to stop it.

At this stage, we cannot use real currency for smart contract as it is at the early stage of development. Even after it has been developed, it has to have regulatory approval from Monetary Authority of Singapore (MAS) and other relevant agencies in Singapore. However it can be done with virtual currencies such as Bitcoin today. The soccer bet example illustrates the application of smart contract to settlement and payment.

Next I would illustrate how smart contract solves the problem of double spending. Suppose you owned a condominium that is worth $1 million today. Can you sell it twice to earn $2 million instead? After all, the seller can always duplicate 2 sets of keys to give to 2 different buyers before the first buyer moves in.

This is blatantly illegal not only in Singapore but also around the world. This also serve to illustrate the concept of double spending for which a spent property is sold again. This is why we have conveyancing lawyers for the legal transfer of property. Before the sales of any property can be completed, the lawyer would have to check that the seller is the legal owner of the property with Singapore Land Authority’s Land Titles Register. The lawyer have to lodge a caveat before the transaction is completed just in case the owner tries to sell again before the payment process (which can take days and the title is still in seller’s name) is completed.

Conveyancing is not cheap and it takes a long time in Singapore. The Law Society of Singapore recommends a conveyancing fee of between 0.15% to 0.4% of the loan quantum with minimum fee of between $1800 to $2500 per transaction. It would also take around 2 months for the process to be completed.

Smart contracts can resolve this entire conveyancing process instantly with its built-in system against double spending. It will automatically check the title of property and once the transaction has been done, it would be validated in the blockchain of Land Titles Register. So once, the money is moved from the buyer to the seller, the title will move from the seller to the buyer immediately to make double spending impossible. This will drastically alter the conveyancing industry and make conveyancing cheaper.

So far, we have talked about how it is theoretically possible to apply blockchain to our lives. Let us now look at how companies had created smart contract solutions to real world problems.

In Singapore, we often take for granted that there is no fraud in the land title registry. This assumption does not hold in Honduras, one of the poorest countries in the American continent as shown in this Reuters report.

Government officials can easily alter the land records and evict lawful owners for either the sake of their own benefits or on behalf of corporate interests. As a result, there are violent disputes between the poor former owners and the new owners. These new owners often come with armed security forces and they enforce their new property rights with the army and police as this Irish Times report shows. As a result, Honduras has the highest murder rate in the world. Even war-torn Syria, which caused mass European migration, is safer than Honduras.

Texas based blockchain company Factom teamed up with Austin based Epigraph to create a blockchain system for titles management system is immutable. In other words, once the transaction is completed, no government official can change it at will. Honduras is now considering if they want to accept Factom’s solution and they are the second country after Isles of Man to consider this arrangement.

Countries around the world can allow buyers and sellers to transfer their property titles and funds using Epigraph to allow for low cost, immediate and secure settlement of property transaction.

Another interesting example of how blockchain can be used would be Factom’s proposal on how to save Bank of America (BOA) $17 billion of fraud settlement fines in August 2014. You can look at Factom’s Youtube video on its website. According to Factom, BOA was fined $17 billion because it couldn’t maintain millions of complex mortgage documents properly.

Most of the fines were leveraged against BOA’s acquisition of Countrywide and Merrill Lynch mortgage which were lost or incomplete. Factom’s solution would be to put every document on blockchain which cannot be erased or falsified. The blockchain can check for missing documents immediately and allow banks to certify the completeness of their acquired company’s documents. When regulators call for any documents, BOA would be able to retrieve it immediately from the Factom system.

This would apply not only for banks but also corporation around the world which have documents which they want to secure and retrieve with ease. Hence the potential for application is very large. Factom is applying blockchain to other applications such as music authentication, Know Your Customers and anti-corruption tools as seen here.

Another blockchain company that is making waves recently is San Francisco based Mirror which raised has raised $12.8 million from investors so far. Mirror specialized it creating smart contracts for financial instruments like swaps and other Over The Counter (OTC) derivatives.

The risk in this transaction is when either party refused to pay. When LIBOR rose from 4% to 6%, B may decide not to pay A $1 million for the swap settlement. However A is still obliged to pay Maybank $7 million under the terms of the mortgage agreement and B still has to pay $6 million to Citibank.

While A can sue B in court for the defaulted $1 million in swap payment, it is time consuming and expensive. If both companies were to adopt Mirror’s blockchain solution, $1 million will move from B to A bank account when LIBOR is at 6%.

Can you see the similarity between the soccer match bet example and this swap example?

The financial OTC market is worth $15 trillion in the first half of 2015 according to the Bank of International Settlements. OTC are vulnerable to default as there is no centralized exchange to enforce the settlement of the contract. This is where smart contracts come in very handy.

The right to property is a very sensitive subject. We have seen the infringement of property right can cause more deaths in a ‘peaceful’ country like Honduras than a country that is officially at war. Young and old people will literally fight to their death to defend their property rights. Blockchain allows for the proper creation of the land titles registry and smart contract allows for the proper updates of the land titles registry.

Currently smart contracts are under development and they face thorny technical and legal issues to be solved. Both Factom and Mirror are created based on the Bitcoin blockchain technology but there are other blockchain that runs on other cryptocurrencies such as Ethereum blockchain application UjoMusic which applies smart contract to music distribution.

While there are many forms which blockchain can take on, the smart contract application is the most likely form that will be commercialized first with real impact on society. A good example would be how the Internet had changed our lives since Tim Berners-Lee invented the World Wide Web (WWW) in 1989.

This article is contributed by Ong Kai Kiat. He is a professional freelance writer who enjoys the process of discovering and collating new trends and insights for an article. He adds value to society through his articles especially those related to finance and technology. He is reachable at ongkaikiat86@gmail.com
Brought to you by RobustTechHouse. We provide Fintech Development services. 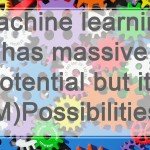 Machine learning has massive potential but its (IM)Possibilities? 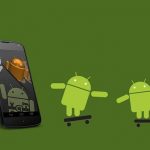